The price of freedom

Thoughts on leadership and responsibility using the example of TELE Haase Steuergeräte Ges.m.b.H.

Have you ever heard of TELE’s products? No? But the portfolio developed and produced in Vienna is certainly presentable.

TELE is a family-run SME from Vienna, which has been successfully selling electronics in almost 60 countries around the world for almost 60 years. In our niche we are the famous Austrian Hidden Champion with high product quality “Made in Austria”. Sounds great, but hardly anyone knows you like this, because “hidden” doesn’t just happen.

Over the last seven years, TELE has gained more recognition in the Central European region for its new way of organizing companies and is a pioneer in the development of new concepts, such as cooperation, working time organization, etc. Working at TELE means a great deal of freedom and space for design. The feeling of constant experimentation accompanies many employees. Just like James Dyson needed 5127 iterations for his cyclone vacuum cleaner until it was ready for the market, only that Tele is all about people working together.

When I introduced myself at an event some time ago and named my employer, I was euphoric “TELE Haase?!?!! My heroes!!!” was euphoric. I had to smile, because in fictional heroes from Superman to Batman, there is always a conflict and a heaviness at the moment of action and the success at the end makes the hero a hero and creates a myth through transfigured stories. In the following I would like to give an insight into the world of leadership and responsibility in a rapidly changing world by means of TELE.

Information and decisions are passed on from top to bottom and vice versa. The higher the level of the hierarchy, the more responsibility and thus remuneration. The concept has certainly been confirmed and has worked for centuries.

In the 1980s, the world began to change due to increased digitalization and, at the latest with the networking of the world through the Internet in the 1990s, the classic organizations began to crumble and matrix organizations awoke everywhere. Working environments changed. Employees and managers “suddenly” had higher expectations of companies. Why is that? It worked so well. Just because of a few computers? In fact, the knowledge of mankind was suddenly more directly available to many more people. The information monopoly of managers was broken. Through more knowledge the simple worker or employee has to make decisions for his work himself, even improve his own work. The leadership and responsibility of oneself was thus democratized to a certain extent.

TELE has decided to go a different way

Christoph Haase and Markus Stelzmann had a simple thought: They constantly make decisions of which they as managing directors and owners were not the experts in detail and the effects always concerned others.

What would happen if employees made decisions for themselves and the company and thus took on leadership and responsibility?

The simple answer is that they would have to demonstrate all leadership and management skills like an entrepreneur – at least in their sphere of influence within the company. Three essential framework conditions have been created for this purpose:

What do you think has happened? Exactly. Some employees did not want that much responsibility at all. Others were afraid of the wealth of information and full economic transparency. The loss of the familiar structures that had been in place for decades created uncertainty. It is difficult to find employees who want to take responsibility and help shape the company. Employees who saw themselves as classic managers no longer wanted to work on content. As a result, about 30 percent of the workforce left the company in the years following the radical change.
The remaining employees have learned a lot. Nevertheless, it is a constant challenge to keep the company running. They are regularly outside their comfort zone.

The price of freedom to design is that you have to do it!

You can rightly argue here that not everyone is suitable for entrepreneurship. At the moment, not even the majority is, in my opinion.

Nevertheless, owners, directors, managers, etc. are often criticized by ordinary employees. They have no idea what it means to do the hard work. They only exploit employees. This is no longer articulated as radically as in earlier labor movements, but it resonates in the argumentation of employees and is often lived out, for example, on both sides through the status symbol “car”. Who has the most expensive, largest or most prestigious vehicle in the parking lot and what was their contribution?

My appeal goes out to all ordinary employees to continue to be critical, but still to put themselves in the position of people with responsibility and leadership in the company, or even better, to take responsibility themselves and lead the company! More freedom guaranteed! The rest too. 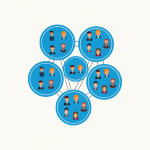 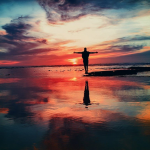 The price of freedom